Directory of Boat Dealers and Builders

Eastbay Yachts are swift Downeast cruisers which were designed by C. Raymond Hunt and Associates and are now built by Grand Banks Yachts. In 1993, Grand Banks pioneered the modern version of the lobster boat as a stylish and powerful contemporary cruising yacht. Combining refined nautical  … Read More >>> 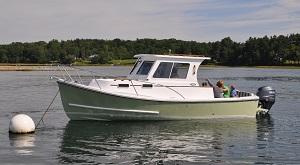 Starting in 1981 Eastern Boats began by building one model. It was an 18′ Classic designed by Royal Lowell of Downeast designers. The first Eastern Boats facility was consisted of two small bays for assembly and a glass shop space for two small hulls simultaneously. Thirty-three years later,  … Read More >>> 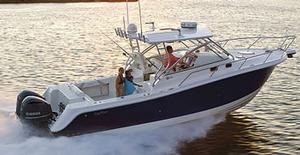 Edgewater Boats: Once upon a time in 1992 a handful of experienced and dedicated craftsmen shared a powerful dream of creating a company that would design and build the strongest, safest and most reliable boats on the water. Today that handful of craftsmen and that powerful dream have culminated  … Read More >>> 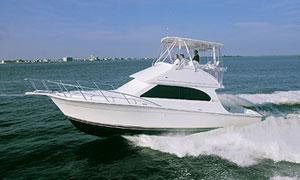 Egg Harbor: Whether your goal on the water is serious fishing or a relaxing cruise, Egg Harbor Yachts is the perfect choice. They have an outstanding line up of Sport Yachts including the Predator series of custom yachts and their fleet goes on! The ultra smooth ride and luxuriously appointed  … Read More >>>

Eliminator Boats: In the late 1950's Bob Leach hitch-hiked his way from Michigan to Southern California with a mere $50 in his pocket. Once in the grips of the sunshine, he discovered that boating was a fantastic diversion from the daily routine. By the late 60's he had teamed up with brothers Bill  … Read More >>> 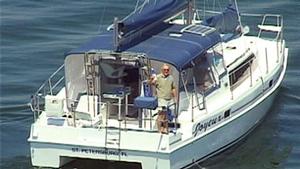 Endeavour has earned a reputation for manufacturing high quality yachts that evolve to meet the ever changing requirements of the yachting market. Endeavour grows along with it's clients as their needs change as well. The recognition of the market and client changes and Endeavour's ability  … Read More >>>

Ericson Yachts was founded in Costa Mesa, CA in the early '60's. The first Ericson boats produced were the 26 and the 30, and both models began production in 1966. When designer Bruce King joined the team, other Ericson Sailboats became available in various lengths and designs. Mr. King had a  … Read More >>>

Esacpe Boats is combining their unparalleled expertise as the world’s foremost designer and maker of small boats and electric cruising motors. They have created a totally new water-recreational experiences for people of all ages. With innovative, ergonomic designs Escape has set a new, higher  … Read More >>>

The Fairline Boats legacy was born of one visionary man's passion for excellence. Jack Newington was that visionary man, a man obsessed with the highest ideals of quality and integrity. Jack had the rare ability to take his own high standards and values and incorporate them into the foundation  … Read More >>> 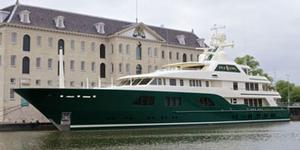 Feadship Yachts: Since it's beginning in 1949, Feadship Yachts has earned a solid reputation as a global leader in the construction of high quality displacement motoryachts. Feadship is the name which the motoryachts are marketed under. The company is actually comprised of two independent Dutch  … Read More >>>

Ferretti Yachts was founded by brothers Alessandro and Norberto Ferretti back in 1968. Three years later, they presented their first wooden motor sailer at the Genoa Boat Show which proved to be a great success. That especially comforatble 10 meter yacht that was fitted with both sails and a motor  … Read More >>>

Formula Boats: Thunderbird's long tradition of excellence has always been and continues to be the hallmark of each Formula powerboat. Victor B. Porter had been producing powerboats for almost twenty years when he and several other family members obtained Thunderbird in 1976. For the past twenty-five  … Read More >>>

Fountaine Pajot is the world’s premier builder of cruising catamarans. They have consistently set the industry standards for excellence since their inception in France in 1976. From two state-of-the-art sites in France, Fountaine Pajot builds an exclusive range of sailing catamarans alongside  … Read More >>> 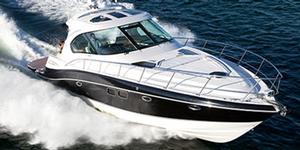 Four Winns: In 1962, a company called Safe-T-Mate began production of fiberglass boats in Cadillac, MI. In 1975, the Winn family, a father and his three sons purchased Safe-T-Mate boat company and a year later their products became known as Four Winn Boats. Only three years into the journey, a fire  … Read More >>> 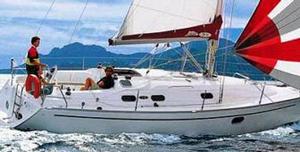 Gib'Sea Yachts is the product of Dufour and J & J Designs. Dufour has focused on providing a yacht that is easy to sail and handle, is well ventilated, has enormous volume, has unique easy access to normal maintenance spaces, and is built to the high standards set by Dufour for the last 40  … Read More >>>

Gibson Boats officially began boat production in 1968. The company wanted to provide cruising performance with the ability to accommodate the entire family. When Gibson put all of their ideas on paper, the result was the Gibson 30'. Over the years, as technology developed, Gibson advanced as well.  … Read More >>>

Gillikin Boats are built by Gillikin Custom Boat Builders. The Gillikin line consists of boats that are designed by fishermen, for fisherman. Every desired feature has been built-in and every need has been anticipated. Gillikin custom boats offer complete tackle centers with standard equipment  … Read More >>>