Nautitech has been one of the largest builders of sailing catamarans in France in 1994. In September of 2002, the company was bought out by current chairman and managing director Bruno Voisard, a lifelong sailor himself who came from a family of sailors.

The first two years under Bruno's direction saw the launch of the Nautitech 40 and the Nautitech 47, both with great success. In the spring of 2005, a brand new 6,000 sq. meter facility was opened in La Rochelle and at the same time Ouest Croissance acquired holdings in the company to help strengthen it's controlled expansion. 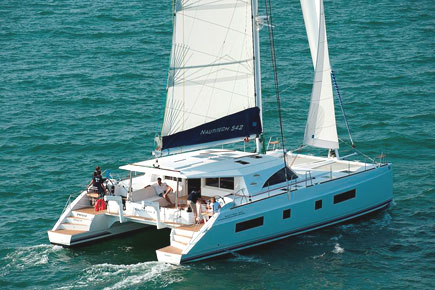 Nautitech catamarans moved it's operation to Rochefort in 2008 and a year later bought out the CIM Shipyard. Since then several new models have been launched including the Nautitech 441 and 442, the 542 and the new N 482. They have also introduced their rainwater recovery system with great success.