Moody Yachts and Moody Boats embody over 150 years of tradition and innovation. Founder John Moody fell in love with boats at a very young age and took on the task of building his first boat in the courtyard of his home in Swanwick on the River Hamble. That took place around the middle of the 18th century, and since then, Moody Yachts has called Swanwick home.

Moody's son, Alexander, continued to build small dinghies and fishing boats for the business after Moody passed away in 1880. By the beginning of the 20th century, Moody's grandson and great grandson had expanded the business by doing maintenance work on boats.

As Moody's experience in the industry grew, so did his dreams, and in 1934 he decided it was time to begin building yachts for themselves. Before the first keel was laid down, John Moody's grandson, Alexander Herbert Moody, put to paper just one company rule. Moody Yachts were to be constructed of only the highest quality materials with the highest quality workmanship and tireless attention to detail. The company stood firmly behind that concept and to this day, nothing has changed. 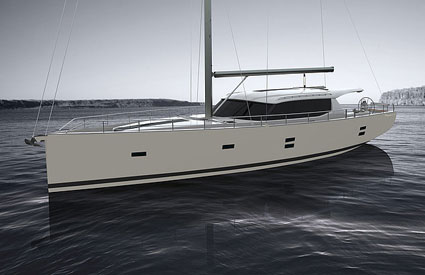 Today, through their relationship with Premier Marinas, Moody has been able to employ the talents of innovative, expert designer Bill Dixon. In 2007, HanseYachts AG took over the role of giving life to Dixon's designs and at the same time advanced Moody's production technology which has enabled them to step into a whole new era of boat building.