Mainship Yachts history dates back to the 1830’s with a German immigrant by the name of Henry Luhrs. He became involved in the marine trade supplying ships in New York City. He eventually owned his own chandlery and even his own ship, The Sophia R. Luhrs. His grandson, another Henry, shared the same love of the sea and continued the family heritage by building and repairing boats on the New Jersey coast. About 100 years after his grandfather started his business, the younger Henry opened his; a small yard in Morgan, New Jersey. From these humble beginnings sprang a vibrant and thriving business called the Henry Luhrs Sea Skiff Company. As the business grew, Henry’s sons, John and Warren became involved and soon the company was producing over 1200 boats a year. In 1965, Bangor Punta, a huge timber conglomerate made Henry an offer too good to refuse and the company was sold. 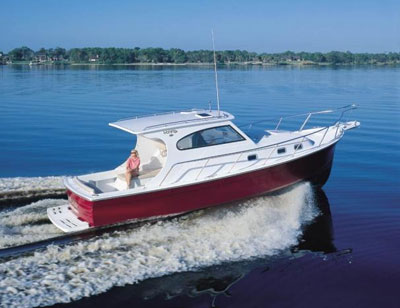 Other sites and pages of interest: