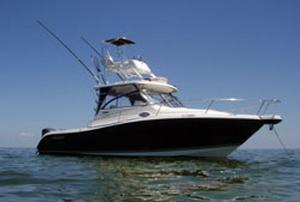 Century Boats could be used to define fishing as one of man's oldest forms of entertainment and enjoyment. In fact, some, particularly saltwater anglers, might say it's a timeless passion. Century designs their boats from the inside out to bring satisfaction to even the most demanding bluewater fishermen. From the gigantic fish boxes and livewells to the superbly thought-out rigging stations, cutting boards and ergonomically-designed helms, these models offer hardcore fishermen ultra fishability.

Century Boats make no compromises on components or construction either. Not only do all of their boats feature stainless steel hardware and top-of-the-line Yamaha Outboards, they now also feature the revolutionary new V-Tech hull system. This innovative technology uses stress-resistant, reinforced multi-directional fiberglass and transverse bracing which results in some of the strongest hulls on the water. And thanks to their special foam-injection process, Century hulls are some of the boating industry's quietest and most vibration-free. Century has so much faith in their process that they have increased their hull warranty to an unprecendented full ten years! 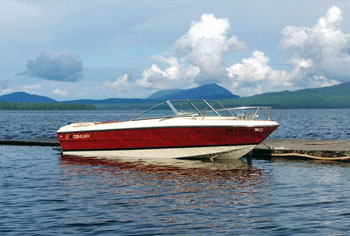