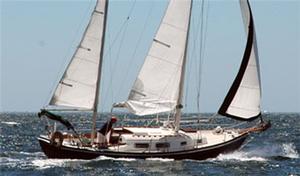 The Allied Boat Company began as a partnership in 1962 among Lunn Laminates, Northrop & Johnson brokerage firm and Thor Ramsing, a sailboat racer. A building site was established in the Catskills of New York and the company remained there for the entirety of it's 22 years.

The first Allied Sailboat model produced was the Seabreeze 35 of which 135 were built over a nine year span. Not long after the introduction of the Seabreeze, the Luders 33 was unveiled, also with great success.

In 1964 controlling interest in the company was purchased by Northam Warren. Howard Foster of Northrop & Johnson remained in control of production and sales while Warren attended boat shows and entered races with his Seawind 30. 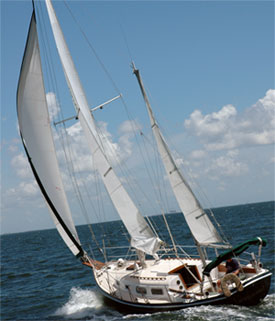 The Allied fleet expanded over the next several years and they enjoyed some short lived success until financial troubles began to burden the company in 1969. By 1971 Northam Warren became the sole owner of the company and in 1974, he sold it to Robert Wright along with 2 other investors who changed the name of the company to Wright Yacht Company. Under Wright's ownership the company offered new designs in the Seawind II, the Princess 36, the Mistress 39 and the Mistress Mark III.

By 1979, an attorney from NY, Stuart Miller had assumed control of the company. Miller was also unable to keep it out of financial distress. By 1984, the company was beyond saving. All equipment and molds were sold along with the property and the buildings were demolished.

Despite the hard luck of the company, Allied Sailing Yachts gained a very good reputation in the market for quality and seaworthiness. Although there are no new boats being produced currently, they are still available in the used market.