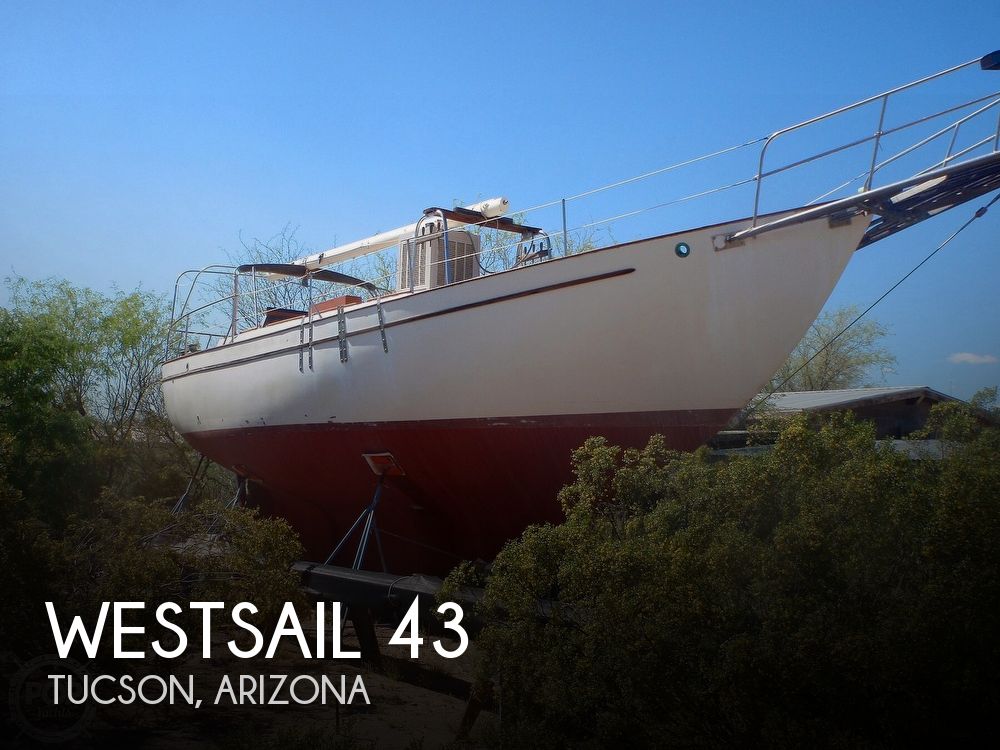 Get ready to cruise the sea with this beautifully restored 1976 Westsail 43! Sporting a classic tall cutter rigging with abundant deck space, this cruiser is ready for long-haul ocean cruising for the family or organization seeking that real blue water sailing experience.

Enjoy time topside sailing during the day while enjoying the classic detailing and design of the interior for your evening relaxation. With a generous galley, dining/living area, head, and sleeping space, this cruiser can host up to eight crew while sailing and can sleep as many as five people. For someone looking for a liveaboard arrangement, this Westsail may very well work for two people.

Also, enjoy the renovated and upgraded features that include repaired teak decks, new battery charger, restored hatches, as wells onboard electronics that include one Apelco VHF radio, WH autopilot with remote control, Spectra water maker, and a Raymarine ST60 Plus depth sounder.

We are looking for people all over the country who share our love for boats. If you have a passion for our product and like the idea of working from home, please visit WhereFreedomTakesYou [dot] com to learn more.

Please submit any and ALL offers - your offer may be accepted! Submit your offer today!

Reason for selling is no longer able to sail.

At Pop Yachts, we will always provide you with a TRUE representation of every vessel we market. We encourage all buyers to schedule a survey for an independent analysis. Any offer to purchase is ALWAYS subject to satisfactory survey results.

Selling your boat has never been easier. At Pop Yachts, we literally sell thousands of units every year all over the country. Call (855) 218-2805 and we'll get started selling your boat today.

Take a look at ALL ***267 PICTURES*** of this vessel, AND A VIDEO, on our main website at POPYACHTS DOT COM. We appreciate that you took your time to look at our advertisement and we look forward to speaking with you!

Condition
This sailboat has received extensive, regular care and maintenance while out of the water. Overall, about 95% of the interior has been refurbished. Since being on the hard, the boat has been climate-controlled and covered for protection.

For the sails and rigging, the mainsail is tired, but the staysail and flying jib are in good condition. The drifter and spinnaker are in good shape. The storm trysail and storm jib have never been used. All new chainplates were installed in 2000. The standing rigging was replaced in late 1994 -- and was removed and stored indoors since 2004. The original windlass was rebuilt in 2000 and has not seen much use since that time.

On the deck, the teak side decks have been removed, repaired, and repainted with a non-skid surface. The teak decks around the cockpit were removed, rebuilt, and are ready for reinstallation. All hatches have been rebuilt and restored to their original condition. The restored hatches are currently being stored indoors. In addition, the companionway hatch/turtle has been rebuilt, the handrails are new, the Dorade boxes have been rebuilt and reinstalled, all port lights have been removed and re-bedded, and the hull has been given five coatings of Interlux Interprotect and a new bottom coat of paint for protection.

While on the hard, the engine has been regularly started and run until warm. For the plumbing, all water, fuel, vent, and sanitation hoses are new. Thru hulls have been removed and rebuilt with new rubber, and re-bedded with all new hardware and pads. Also, a new battery charger was installed in 2014.

In the galley, the stove has new propane gas hoses, as well as a new Trident gas control and detection system.

As this boat is equipped for long-distance cruising, there are many spares aboard, which include a seawater engine pump, alternators, filters, injectors, and more. The boat also comes with a full set of Brownell boat stands.