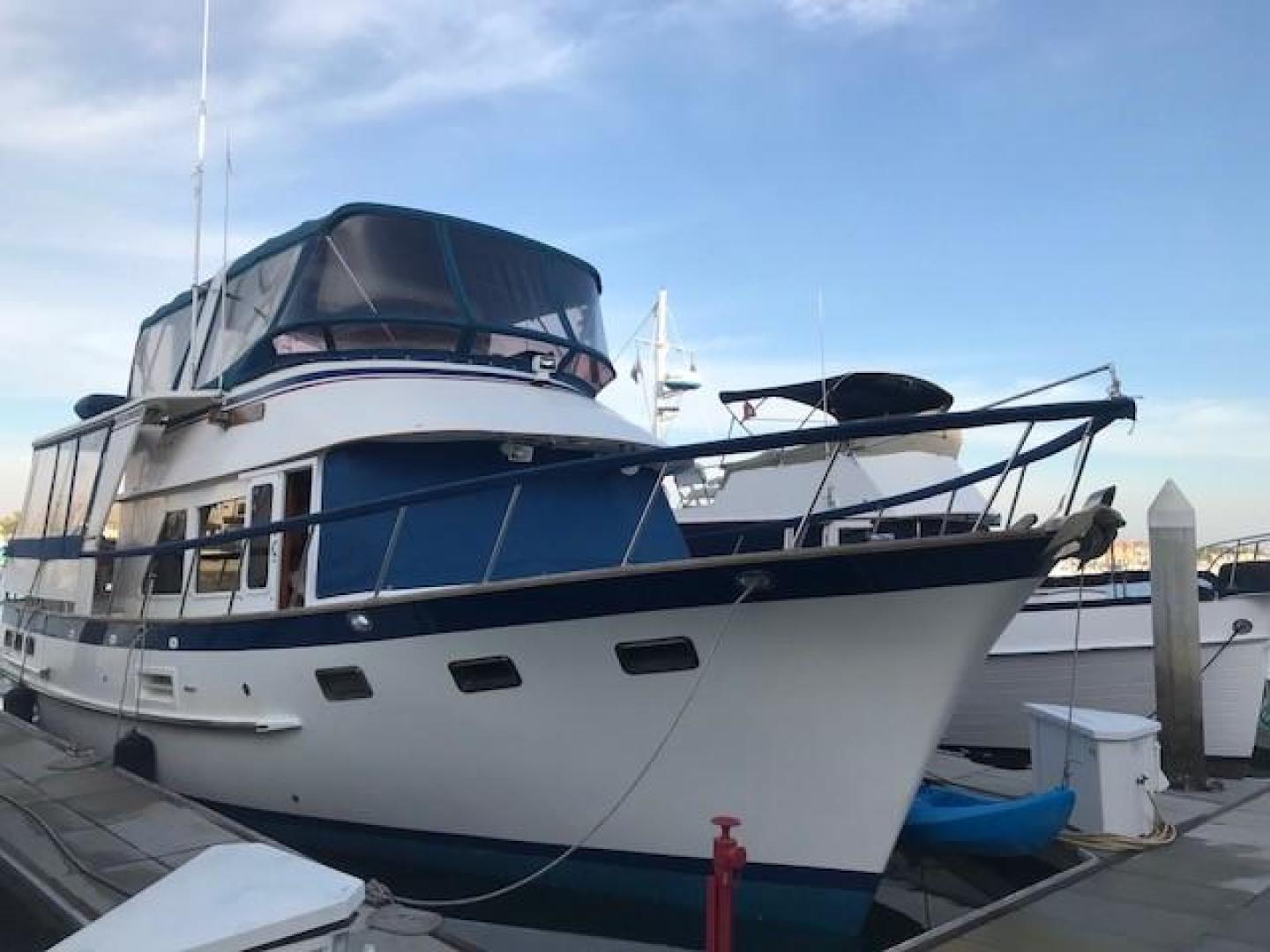 Trinity Rose is a well cared for and experienced traveler.  This DeFever 44 from the design board of Art DeFever was built in 1988 and comes equipped for long distance cruising with all the amenities needed to traverse the oceans in comfort and safety.

Powered by a pair of six cylinder, 135 hp Lehman diesels with a reported 4,250 engine hours. Trinity Rose has the cruising range of 1,500-plus miles while cruising at 8 knots.  The Northern Lights generator has a reported 1,540 hours.  A comfortable two cabin layout features an aft full width master cabin with a queen sized berth along with an in-suite head with dedicated shower.  The forward guest cabin features a double V-berth and plenty of built in storage; the adjacent head features an electric head and it own shower.

Engine access is aft and to port of the forward stateroom via a hatch that leads to the walk-in engine room with near standing headroom.

Trinity Rose has extensively cruised the water of Mexico and has been cared for by an experienced owner who has continuously maintained her.  An overhaul of her systems was performed in 2013 along with continued upgrades in 2016 including new heat exchangers and replacement of the oil lines and oil coolers on both engines and generator.  In March of 2017, the boat was hauled for a bottom job and the exterior varnish was done.

For 2018, varnishing of the flybridge, cabin trim and handrails has been completed along with a newly installed Raritan Crown macerating head pump and motor assembly; replacement of all hoses and clamps on all water intake hoses to strainers and a new AGM battery for the generator was added along with GFI electrical plugs installed in the galley and heads.  A New Yamaha 15 hp outboard with 5 year warranty was recently added to the boat's inventory.

A 2017 out of water survey and oil analysis are available.  Trinity Rose is ready for her next adventure be it cruising to the Pacific Northwest, Mexico, a great Catalina weekend or the perfect liveaboard.

For further information or to schedule a tour please contact Jim or William Bailey at Denison Yachting in Newport Beach, CA.