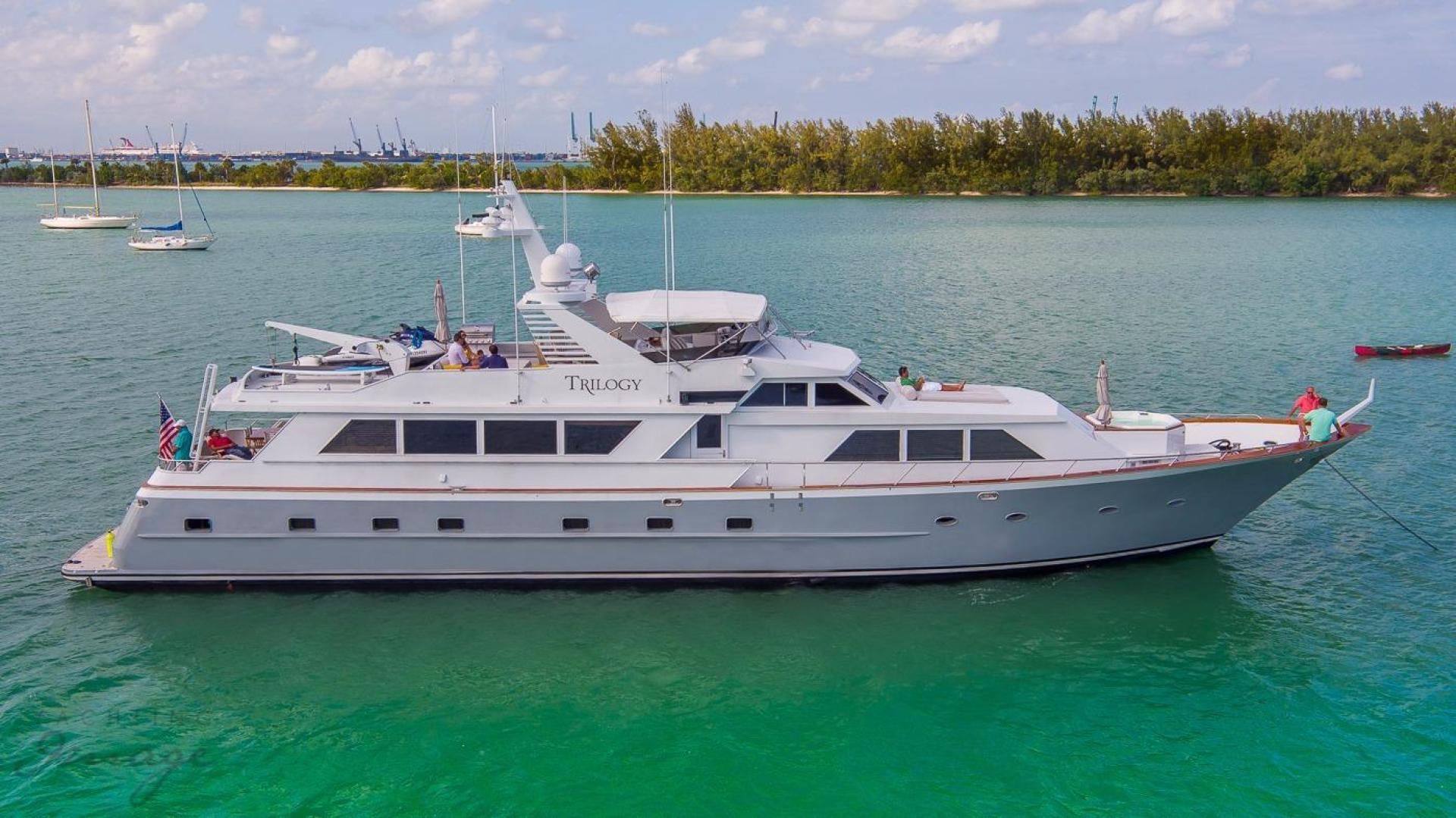 Owner just had the entire boat painted!  Superstructure, bottom, bright work, chrome, and props.  She is as glossy as the day she was commissioned.

New Bimini Top and all new A/C's for the boat.

This boat practically needs nothing.  The next few owners will now not have to paint her or do any paint maintenance.  No blisters, no bubbles, nothing!  The interior has already been updated and the boat even has electronic controls, which very few boats do before the year 2000.

Her engines/generators have been maintained (at no expense) by RPM Diesel, who has the reputation for being one of the better and more expensive shops around and do excellent work.

If you are looking for a working boat, here you go.  She has a well proven and documented charter history.  With her (2) wave runners, paddle boards, jet boat tender, jacuzzi (that works perfectly and professionally maintained), she is ready now for day charters or term charters.  Vin Diesel (Fast & Furious Actor) recently charted her for Ultra and she also will be appearing in an upcoming episode of "WAGS" (a reality show for wives/girlfrineds of professional athletes).

Owner spent nearly $400k on upgrades, paint, and maintenance to make sure there was very little to do for the next owner, while providing an excellent charter boat for his clients.  The next step for him is to repaint and update the engine room.

If you search any Browards, you will not find a better deal and a more complete one on the market, under $2million.  She is a steal at this price and worth closer to $1.5-$1.75million.  Every Broward on the market needs either a total interior refit, exterior paint, major engine work, or a combination of the above.

THIS BOAT HAS IT ALL!

Trilogy is a 1988, 103' Raised Pilothouse built by Ken Denison, at the height of Broward's dominance in the US shipbuilding industry.  Browards are well known for their country kitchens, durability, and classic lines that won't go out of style.  She has underwent a few refits, the last major one was in 2010, and had her entire interior re-designed, her hull painted, and her teak decks re-finished.

She has a proven charter pedigree that has produced over $215k in her first 10 months with her current owner.  She is nicely equipped with (2) Yamaha wave runners, (2) paddleboards, a fresh water maker, a jacuzzi, and a full set of china and stemware, making her ready for the next charter!

He has spent over $190k in upgrades and maintenance to make her one of the few truly "turn key" Browards on the market.

Some of the upgrades and maintenance this year includes the following: