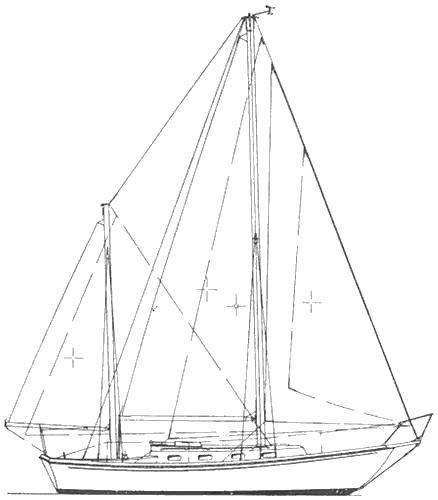 Southern Light just finished it's last cruising season with the current owner. She is currently in summer storage and is ready to sell. Boat has been owned by current owner since 2004, is built for blue water cruising and has been meticulously cared for by the seller.

Settees To Both Port and Starboard

Following in the hallowed footsteps of the original Seawind, a salty 30 foot ketch designed by Tom Gillmer that happened to be the first fiberglass sailboat to circumnavigate the globe, the Seawind II is a larger, more comfortable redesign thatÃ¢â?¬â?¢s a foot longer, a foot wider, and over 23% heavier. These boats were launched in 1975 by Allied Yachts and they had a reputation for being solidly built, though with a history of inconsistent and uninspiring internal finishing. The company went out of business four times, before finally shutting down for the fifth time in 1981, spelling the end of production for the Seawind II.

Despite the original Seawind proving itself as a competent bluewater sailboat, it had minimal accommodations that were, at best, cramped. So after over a decade of successful production of the Seawind, Allied approached Gillmer to evolve the design into a successor Ã¢â?¬â?? the Seawind II. Though it was only 13 inches longer, its beam was 13% wider which resulted in a displacement 23% heavier. The result was a much more comfortable boat with significantly larger internal volume and improved accommodations.

Structurally the new boat was just as sturdy and had improvements over the original construction. The hull was hand-laid and substantially thick and well supported bulkheads that were fiberglassed into place. Furthermore the hull-deck joint, which was prone to leaking in the original Seawind was improved with no expense spared. The new joint was complex, labor intensive to construct but very strong.

Unusual to see in a sailboat this small is a ketch rig which was offered as standard, there was an optional cutter rig which carried slightly less canvas but had similar performance. As to be expected, Seawind II sails well under heavy sea conditions, but perhaps surprisingly itÃ¢â?¬â?¢s quite competent in light weather as well. She has a very comfortable motion at sea, is well balanced with very little signs of weather helm.

Overall the Seawind II today is a practical and affordable choice as a go-anywhere cruiser. SheÃ¢â?¬â?¢s strong without being overly heavy, well constructed and proven. Many examples on the used market have held up well, with later models generally having better finished interiors.